Yesterday Mark and I attended the matinee performance of the local symphony orchestra. I’m not much of a judge of orchestral quality; no one in the audience covered their ears, and the bows in the various sections seemed to be going the same way at the same time, so I guess they were pretty good. Even without much of a musical yardstick, though, we really enjoyed the performance.

One reason that the experience was so pleasurable, I think, was that much of the music was familiar. The orchestra played some Strauss waltzes, a selection from “El Lago de los Cines” (“Swan Lake”) and the Lone Ranger theme, aka “Final Obertura de Guillermo Tell.” One line in another piece was, I swear, the opening line from “The Eyes of Texas.” Hook ‘em, Torrevieja! (If that last comment is less comprehensible than the Spanish above, just ask me privately for an explanation.)

In a place where so much is foreign, the sense of musical recognition, of sharing in the experience, was especially welcome. But that desire for familiarity wasn’t limited to the music. Members of the orchestra began to look like people I knew. The Concertmaster was a slightly seedy version of a fellow we know from church in Austin, and the female French horn player was a dead ringer for a runner/lawyer pal from San Antonio. If you subtracted 25 pounds, the piccolo player looked just like our son-in-law. Even Mark spotted a trumpet player who could double for a law school classmate. So either there are only three dozen faces in the world and we just saw lots of familiar models yesterday or we both needed a bit of home at the concert.

Those players weren’t our friends, of course, and we knew that. But it was fun to have a touchstone for a while. That sense of security allowed me to move to a larger recognition of human character types among the musicians. There really are three dozen of those types, if that many. One of the violists was clearly one of those people who secretly wants to be Frida Kahlo. She scowled a lot during the performance and sported one of those super-floraly headdresses. Hers was listing alarmingly to starboard most of the program, though, and I really wanted to slip backstage during the interval and give it a good tug to straighten it up. Then there were the almost identical flutists, who were wearing almost identical aquamarine gowns. Perhaps they were bridesmaids at the same wedding where the bride assured them that they totally could wear the dresses again. But the prize for most fun clearly went to the Three Musketeers, who were probably were not French but were the life of the party on the third row of second violins. The best part is when they started dancing in their chairs while playing their appointed parts of the “can-can” song from Offenbach’s Orpheus in the Underworld. They were having a blast, and I sincerely hope to bump into them in a bar sometime.

So our time at the orchestra was enjoyable on many levels and met our need for a bit of home. How lucky we are to live with the familiar and the new, all at once! 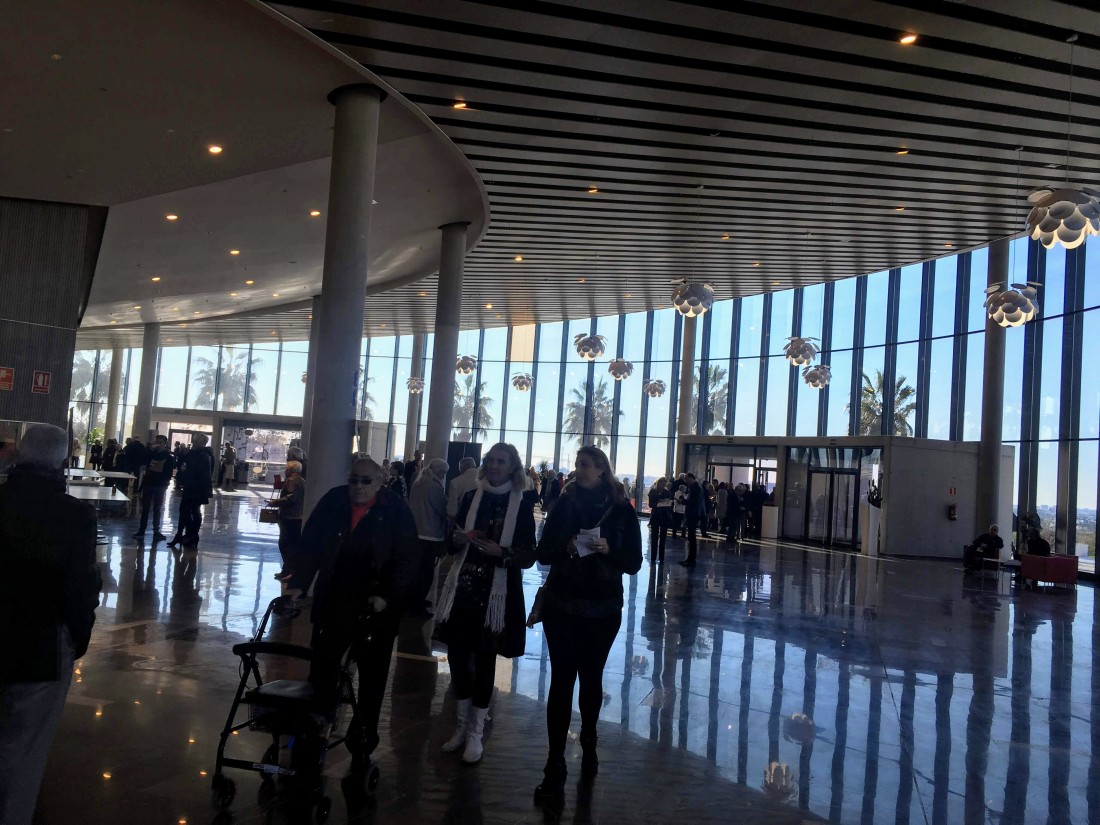 One thought on “The tune is familiar, but…”